Last weekend I made a brief overnight trip to Melbourne for the Advanced Ablation Workshop arranged by Getz Medical/Angiodynamics. This was a day long workshop with lectures from IR experts across Australia and New Zealand on advances and nuances in tumour ablation.

Ablation of tumours is a minimally invasive form of “pinhole surgery” where needle(s) are inserted through the skin, guided by CT scan or ultrasound into tumours in various organs including liver, kidney, lung and painful bone and the tumours are killed (ablated) by various forms of energy, including heat (microwave ablation), cold (cryoablation) or electricity (irreversible electroporation – trade name nanoknife). Some of these technologies have been around a long time such as heat ablation of liver tumors which has various studies showing outcomes similar to surgical resection whilst others are relatively new (Nanoknife). They are offered in specific circumstances and are generally underutilised, in my opinion. This is due to a combination of factors including the fact that there is no medicare reimbursement for most of this work, that large and high level studies have not been performed to prove their relative efficacy against surgical resection as well as general unfamiliarity amongst specialist referrers.

I spoke on treatment of a specific benign bone tumour – osteoid osteoma – which has proven efficacy and is now the preferred way to treat these benign lesions to save invasive operations and the need for surgical reconstruction. I think ablation has a bright future but more data is needed before guidelines will include them as part of the routine approaches. There is also interesting early work on possible synergy between ablation and new immunotherapies – because the ablation leaves some tumour antigens in the body there may be a role for ablation in increasing response to immunotherapies but again here much research needs to be done before this has any proven value. 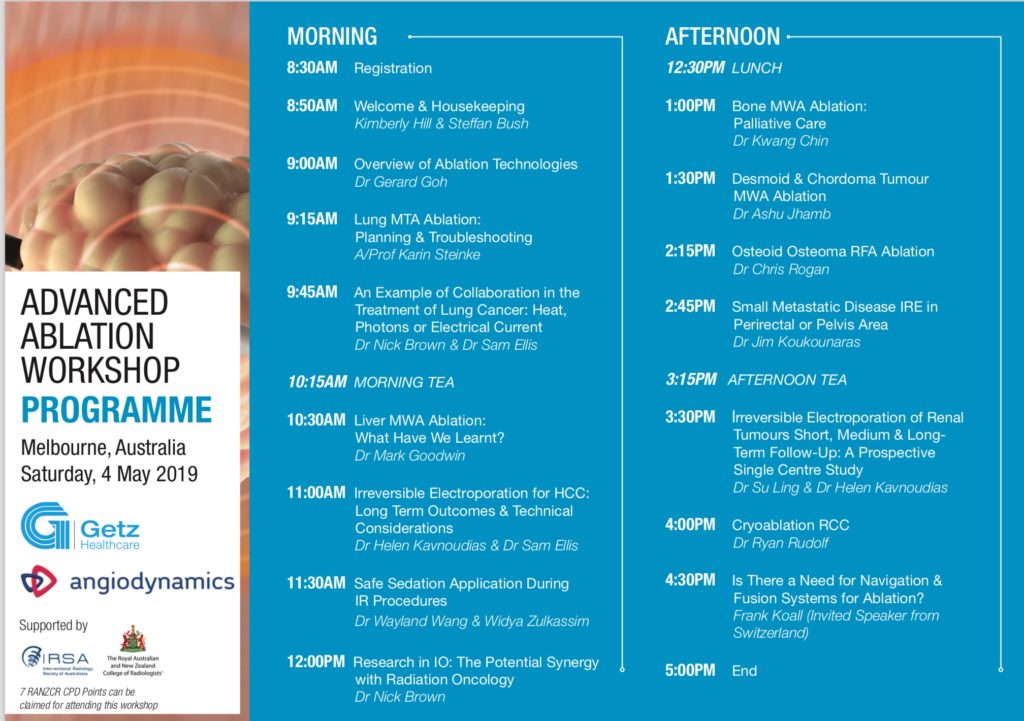